Continuous Integration (CI) is a powerful practice to keep any app in a stable state throughout its development. Here's how you set up CI for iOS apps to automatically perform code validation and testing whenever your code changes. 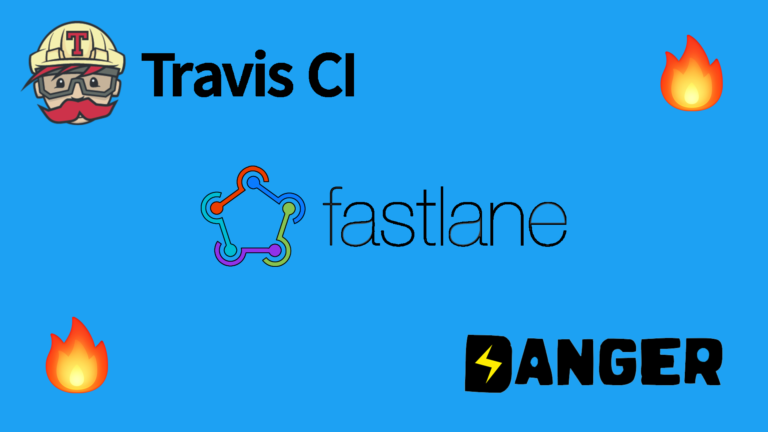 This post will cover an easy-to-setup approach to CI for iOS apps. The setup uses Travis CI as CI provider, the reason being that Travis CI is cloud-based and has a free-plan for open-source projects - even for building on macOS (usually not the case with other CI providers). So let's not waste time and take our apps to the next level!

So I'm just going to quote the initial setup from the Travis CI docs here:

We'll be using Bundler so we have a Gemfile specifying all the RubyGem dependencies that we need. That will make it easier when we need to install the dependencies on Travis CI.

That should give Travis CI the access it needs.

Now, onto the more interesting stuff. Create a file in the root of your project and name it ".travis.yml". This is where the CI magic happens - here, we will define all the jobs that we want to run. Naturally, depending on your project, this file will differ greatly. So I'll just share how it looks in my app QCards and take it from there:

What you need to take away from this is that we have two stages: "Code validation" and "Test".

if you're not familiar with the concepts of jobs and stages, I recommend that you read about the job lifecycle and build stages from the Travis CI docs.

These chores could be anything from formatting issues in the code to formalities such as not leaving a description in the pull request. You decide on the rules using the Dangerfile. What happens is that Danger will leave messages in your pull requests when you violate any of the rules. Here's the rules that I use in this Dangerfile and you can expand it with your own rules.

It goes without saying that you should change the code to match the schemes in your project.

Now you should be all set with the testing. If you've come this far, you should be able to create a pull request with changes to your code and see the CI in action. If everything is successful, you should see a screen like this in Travis CI:

That's it! A good CI setup can make you and your team members lives a whole lot easier. It may even determine if your app makes or breaks it during development. You can find the source code for this exact setup on GitHub.

In the next posts, we'll expand upon this setup so that we can automate code signing and deployments to App Store.

Thanks for following along!