Transforming operators in RxSwift serve the purpose of preparing data coming from observables before it reaches the subscribers. Let's cover this type of operators and look at 3 operators you will be using all the time. 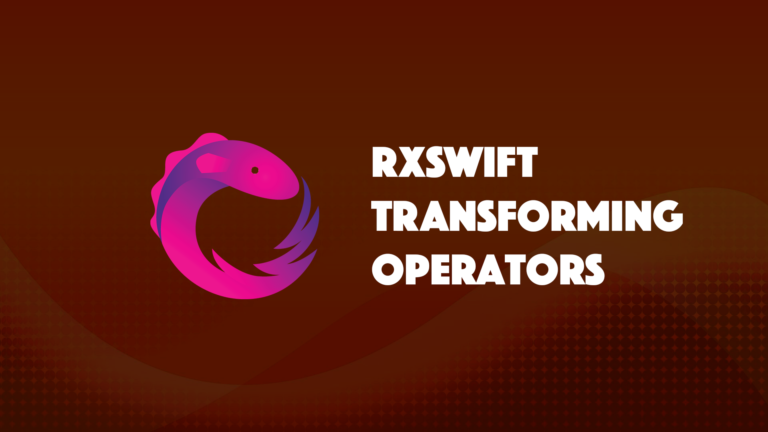 In the last post, we looked at various filtering operators to be familiar with to get closer to becoming an RxSwift rockstar. This time, we'll cover perhaps the most important type of operators you'll be working with which is the transforming operators.

The transforming operators are used to model the data emitted by observables to meet the requirements of the subscribers. RxSwift offers a wide range of operators that provide control over data and events in your application. We'll only be focusing on the most commonly used operators.

The first operator on the list is one you'll likely be using the most. It's the map-operator. It works similar to the standard map-operator from Swift, except it works on observables. Here's what you can do with it.

The map-operator lets you apply a function to each element emitted by an observable. The operator will then return an observable that emits the results of the function. It looks like this on a marble diagram:

Lets put this operator into action in code:

Now that we got the "flattening"-part down, I'll remind you that it contains "map" in its name because it's also possible to apply a function, just like the map-operator from earlier. The function can be used to modify the observable sequence being outputted. This is similar to the map-operator but looks slightly different in code. Here's how it looks:

Notice how the flatMap-operator monitors for changes on each observable at once as seen when John gets a new car which gets printed. The next operator is useful if you only want to receive updates from the most recent observable and unsubscribe from old ones.

Let's see this in action using the previous example:

We looked at the most common transforming operators that RxSwift has to offer. You can find the entire list of operators available here.

Thanks for reading. Leave a cover to let me know of other RxSwift related topics you want me to cover.